The Masters was so new in 1934 that it wasn’t even called The Masters. Co-founder Clifford Roberts wanted from the start to use that name for the event, but co-founder Bobby Jones thought the name too presumptuous. So in 1934 the tournament was born as the “Augusta National Invitation Tournament.”

Unlike any other major championship, it has been held at Augusta National continuously since its conception. 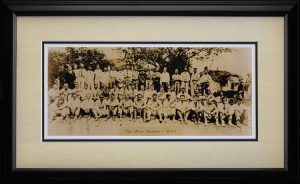