Walter Hagen was a champion of the sport. Aside from being one of the worlds top players, he was noted as a dashing and assertive character who became widely known for wearing expensive tailored clothes in bright colors and plush fabrics.

He made a significant amount of money through endorsements, and may have been the first sportsman to earn a million dollars in his career. In his biography he wrote, “My game was my business and as a business it demanded constant playing in the championship bracket, for a current title was my selling commodity.” 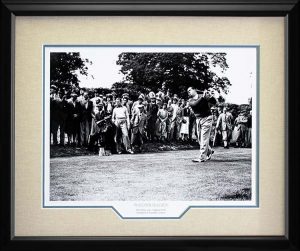